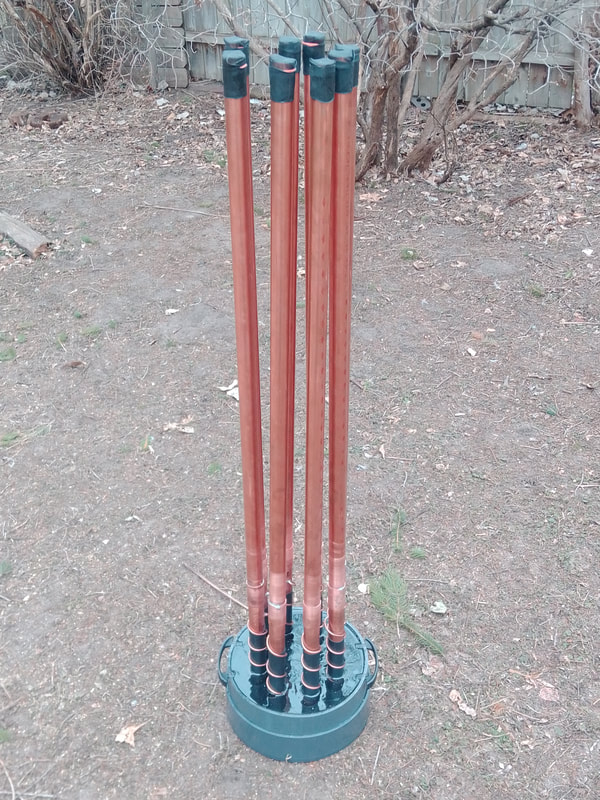 My "muse" and "clue dropper", Nancy Hopkins wrote that she needed something to help her address the issue of excessive precipitation where she lives in Florida.

I explained to her that the "Cloudbuster" as designed by Don Croft, was meant to establish a balance between the earth and sky, in the sense that if there is excessive rain, it will be reduced and if there is drought, it will begin to rain in a normal fashion.

My personal experience was back in 2005, in that year the state of Minnesota was in severe drought, after I setup the first cloudbuster, it rained every week until drought conditions were called off.

Since that time, I have learned to incorporate Spurling tech to my energy devices to make them active and self-cleaning, besides the addition of Shungite to make them programmable and capable  of treating EMF.

I have added two pipes, bringing  them to a total of eight, also since the base pipes are active, meaning they are circulating the orgone non-stop, the pipes do not need to be so high as regular cloudbusters.

Finally, since getting the unit to Nancy became an adventure worthy of "Indy Jones", she exclaimed "THE EAGLE has landed" when she finally received the unit, so the name stuck. :)

She programmed the unit to "rain only at night" - and it appears both she and her friend Dolly (who lives 40 miles north) succeeded.